CEOs and Chairpersons: Who’s who? 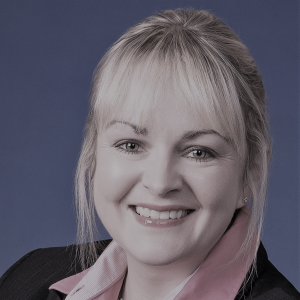 What is a CEO?

A chief executive officer, or CEO, is the highest-ranking person in organisation. Sometimes known as the chief executive, executive director or service or project manager, they’re ultimately responsible for the business’ success. They might ask for input on big decisions, but they have the final decision-making authority.

How do they fit with the board of directors?

Many organisations have two tiers, with the board of directors at the top and the CEO, Chief Financial Officer (CFO) and Chief Operating Officer (COO) and other upper management below.

The CEO often also sits on the board or is the chairperson. They are accountable to the board members for the company’s performance and reports directly to them. The board is made up of individuals elected to represent the company’s shareholders. They select the chairperson and CEO, as well as the COO and CFO.

The board will normally meet several times a year to establish the company’s long-term goals, evaluate the executives and managers’ performance, go over financial results and vote on the CEO’s proposed strategic decisions.

What does the CEO do?

On top of managing the company’s success, the CEO aims to increase shareholder value by leading the development and execution of long-term strategies.

Their other roles vary depending on the company. In a larger business, they’ll tend to focus on high-level strategy and major decisions, delegating other tasks to their colleagues. In a smaller organisation, they might be more active in smaller tasks, like recruitment.

Other typical tasks and responsibilities include:

How is the CEO different to the chairperson of the board?

Put simply, the CEO is the top operational decision maker, and the chairperson protects the shareholders’ interests and oversees the company as a whole.

Technically the chairperson is above the CEO, as the CEO can’t make big decisions without the board’s go-ahead. In some cases the chairperson could become the company boss. But the CEO normally retains this responsibility and has some freedom in how they run the company, as most chairpersons aren’t very involved in the organisation’s daily activities.

Why should the chairperson and CEO be separate people?

This is why good corporate governance usually deems that the duties between the CEO and chairperson be separated. And in many countries, including the UK, it’s against the law for the chairperson and CEO to be the same person.

How do you find the right CEO or chairperson?

At AWS Executive, we specialise in finding the top candidates for the top positions. We take a rigorous and personal approach to identifying the ideal candidate for every role we fill. If you’re considering bringing in a new CEO or chairperson, or filling another executive-level role, get in touch today.

Non-Executive Directors – Who, what and why?

What do they do? Non-executive directors (NEDs), whether they’re in

Who can you trust to find charity trustees?

A charity trustee needs a wide range of skills. They

A beginner’s guide to executive recruitment

Recruiting for a senior vacancy in the non-profit sector can

Looking for a candidate? Or an executive-level position? Get in touch today for a no-pressure chat with one of our partners.